May 07, 2020
Foresight and preparedness can protect the lives of crores of women, men and children avoid an impending humanitarian crisis. Women and children are on the fringes or out of the socioeconomic umbrella are the most vulnerable one. Grim economic conditions, hunger, low work opportunities, making them the easiest target for the organizing crime network of human trafficking. This will trigger decades of inter-generational bondage and wage –less labour. Hundreds and thousands of children will be enslaved; will be applied as a commodity to offset the manufacturing losses (increase profit margins) by cheap/child labour. A girl from a family which has lost its means of subsistence and survival is at the risk of commercial sexual exploitation. No more than ever the civil society collaboration is needed to tackle this problem. ·          At government, civil society (NGOs) or within in an individual capacity, ensure last mile delivery of child protection programs (education, nutrition, he
Post a Comment
Read more

May 05, 2020
After much social, political, and economic fermentation and dramatic role of media on the top of grim; many are struggling for survival and almost everyone is adjusting to the new realities brought on by the Covid-19 pandemic.  The new changes have wider influences; can be seen clearly from the workplace to the streets. This post discusses a few things, our team experienced during the relief work in Delhi. Patriarchy, Pandemic and Gender role flexibility Social stratification along gender lines, in which power is predominantly held by men, is common in Indian societies. Women’s formal engagement in the economy is often invisible in developing settings. In a family system, patriarchy means "rule of the father", where power is concentrated in the hands of father/ husband or adult men, designating females and children as subordinate. Traditional gender roles cast men as strong, decisive, rational, and protective while women are seen as emotional, irrational,
Post a Comment
Read more
April 29, 2020 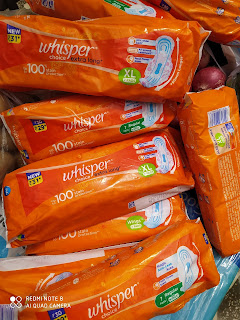 Periods, don’t stop for pandemic The world is going through tough times with the pandemic Covid-19, which has infected over 14,41,128 people and killed 82,992 people in the past 4 months. In India, after receiving cases from international travel (Stage I), the infection is now spreading locally (Stage II) at a faster rate, with the reported number of cases at 5,194 and death toll at 149 , as on 8th April 2020 morning. With the growing cases, the prime minister decided to have a complete lock-down to save its citizen which has taken the face of a global pandemic. News of lock-down hit people like there will be famine resulting in taking leverage of daily essentials as much as they can result in scarcity for those who are truly in need. Realizing such atrocities of store up daily essentials by citizens' government then releases a set of essential goods of utter importance during this pandemic and absence of menstrual and hygienic products for women. Infact, they are neve
Post a Comment
Read more
April 29, 2020 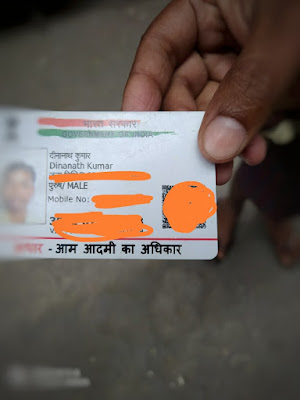 Victim of pandemic? definitely not me or you, thankfully privileged enough , enjoying time on social media, Netflix and trying out pizza or chicken recipes from YouTube. The victim is a student moved to the capital city, from Bihar, with a dream to study cost accounting and be a CA one day soon; very soon actually, his family cannot wait and has time to give him for multiple attempts. The young boy is in blue now, no part time job, no financial support from family (he can’t ask for it, because he knows his family financial conditions). That boy every morning comes out to check if someone is distributing food . I was just leaving after distributing ration kits, and stooped listening   ‘Didi Suno’, “mujhe kuch mil sakta hai kya student hu, khane ko kuch nahi hai”.   He has a few utensils in his bag and instantly he showed me Aadhar card, he was holding in his other hand. “Me this,    I am a Hindu “I replied why you are telling me this any I do not need to see your ID card.
Post a Comment
Read more